How to Reduce Load Time of WordPress Website – 6.3 Seconds to 2 Seconds

This video is going to walk you through the process that we use at Sagapixel for bringing a website’s load time down from about six seconds to something that’s a little bit more acceptable. Hopefully we’re going to end up in the two to three second range for this website.

This method is going to use all free plugins. They’re right on the WordPress repository, and I’m going to explain what each one of them is doing as I’m using it. Let’s jump into it. This is the GTMetrix report for a website that we did a few months ago that has not really been optimized.

I’m actually going to go to the front end of the site, going to use my browser, as well, so we’re going to go over to network and I’m going to do a hard refresh. I’m on a Mac. I’m going to hold shift and hit refresh so it’s going to clear the cache, and it’s slow. Yeah, that thing had a time to first byte of six seconds.

That is quite ridiculous, and we’re not going to let a client website sit there and take that long for time to first byte. Now, the server itself is probably a factor. I know that they’re on very low quality GoDaddy hosting, but we can definitely speed this thing up, so for the next 10 minutes or so we’re going to get it done.

I’m not going to check that. That doesn’t usually make a big deal. I don’t want to disable the Google fonts merging. I don’t want to preserve the order of CSS files. I want to inline the CSS in both the header and footer. The reason that I’m checking these settings is that we work primarily with Elementor, and I know that these settings are not going to cause anything to break.

While you’re using fast velocity minify, if you do break something, it’s probably going to be on Chrome, so make sure that after you’ve done all your settings and you’ve logged out of the website, you fire up with Chrome and make sure that you didn’t kill any of your style sheets.

All right, I’m not going to disable anything. Looks good here, so I’m going to save that, and I’m going to rerun Gt metrics. Just having done that should probably take down some of the load time on this site. A lot of it’s probably still the server, though.

Okay, that brought it down a little over a second. We’re not done yet, though. Next plugin that we’re going to go install is … on this site, we have the short pixel image optimizer. It looks like it was never activated, so we may have to optimize some of the images.

I’m not actually going to use that one, though. I’m going to be installing another plugin that we’ve adopted recently that will take care of a whole bunch of stuff that needs to be taken care of, including the image optimization, so we have to re optimize.

Next thing I’m going to do is go over to preload and I’m going to activate this scheduled preloader. I think we’re going to do this once a day. Save it, and I’m going to run it now, and this is going to start preloading all of the URLs, just like you can read here, the actual will trigger to re optimize, to cache the website by visiting pages to preload them so that the first time a human visitor wants them the site’s not going to have to generate everything.

We’ll have to give that a minute. Next thing I’m going to do is go over to the images, and from now on we’re going to set this thing to automatically compress newly added images. This is going to do this by connecting to WP Smush. If you don’t want to use this, we can uncheck this, and I will say that short pixel generally speaking is probably the best when it comes to handling image optimization.

This whole process of preloading the pages actually does take a little bit. You know, we’re only on page 17 of 30. The next thing we’re going to go over to while that’s running is this over here. We’re going to look at the database, and we have these options to optimize database tables, clean post revisions, so this is going to really clean up the database and allow it to run a lot more quickly, but I really want to emphasize that it’s going to get rid of stuff.

So, if you have, if there’s any possibility that you’re going to want to restore an old post, restore an old page back to the way it used to be done at one point, by running these optimizations you’re going to erase all of those old versions of everything, so you probably want to back up your website before you’re doing anything to the database.

I know that we have a backup of this. I’m also not going to do it while we’re running the preload, but it looks like that’s been taken care of, so let’s go over here. I’m going to run all these optimizations. Here we have 1,200 post revisions that are now deleted.

It’s going to take a while for it to go through this, sometimes. This is a fairly small website, so it really didn’t take too much, but let’s run this one more time, see what it’s done. All right, now we’re down to 2.6 seconds from all the way up, what was it, over 6 seconds before we started.

The next one that I’m going to add is going to be a lazy load. Lazy loading, there we go, lazy load by WP Rock is the one that I use. Super easy to configure. Just click on it, activate, go to the settings, and we’ll just check a few boxes here.

Images, I-frames. I’m not going to do the YouTube videos by thumbnail. Save changes. Okay. Now, last step, really, I think that optimizing … we’re not going to sit here while we optimize the entire library, but optimizing the images for this thing is going to be the last step to really get this down.

I think we’re probably going to get this down to about 2.5 seconds if we did end up using any images that were too big and the site. I hope that this was useful. Really getting a WordPress site to load in a quick manner is really not that difficult.

If this was helpful, please make sure you leave a comment and if you’re interested in learning about SEO and WordPress make sure you subscribe to our channel. Thanks. 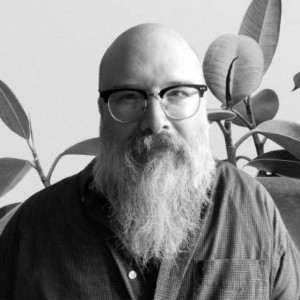 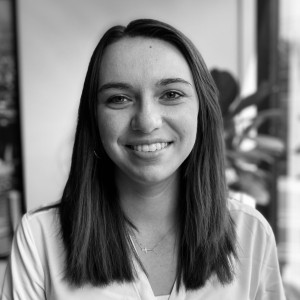