How to Increase Your Avvo Rating to 10/10

Clients Will See Your Avvo Rating

Any attorney that engages in any sort of online marketing knows Avvo.

It is the preeminent lawyer review site and one of the most visited lawyer directories. Just as Yelp can make or break a restaurant’s reputation, client reviews on Avvo can do the same. It is critical for any lawyer to actively manage his or her online reputation, as a neglected online presence could suddenly become a liability.

Whether you hope to use Avvo as a lead generation source or not, any potential clients that searches your name on Google is likely to see your Avvo profile—ignore it at your own peril.

There are best practices in online reputation management that you can employ to ensure that your rating stays as high as possible. This guide will walk you through the calculation of your Avvo rating and what you can do to maximize it.

Who Actually Reads Avvo Reviews? Everyone.

Would you hire a web design or SEO company without checking their online reviews? Have you ever checked Yelp or Trip Advisor to check a restaurant’s rating?

In both of these cases, you are about to make a decision that is nowhere nearly as risky as hiring an attorney, yet think of the effort that you’ve expended in choosing the right restaurant for a Friday night out. Your clients are probably doing even more research than you did when you had your website built. At some point during this process, they will Googld your name and see your Avvo rating.

Anyone that enters your name into Google is likely to find your website, then your Avvo profile.  Here is an example of typical search results for a local attorney in Cherry Hill:

The Good Reviews Will Drown Out the Bad Ones

By actively maintaining your Avvo rating by monitoring it and soliciting reviews from happy clients and acquiring peer endorsements, you are preparing against the inevitable negative review.

Even the best attorneys have an occasional unhappy client, and as you probably already know, people are much more likely to leave a review when they are unhappy than if they are happy.  It is virtually inevitable that you will receive an unfavorable review from a client at some point in your career; if you have dozens or hundreds of positive reviews, it will mitigate the impact of the negative reviews.

By adopting a system for soliciting client reviews and peer endorsements, you will greatly increase the likelihood of sticking with your reputation management plan.  You will need the following:

What is the Avvo Lawyer Ratings Scale?

It is a rating scale of an attorney from 1-10.  Each rating has a corresponding qualitative description of it as seen in this chart:

This rating—along with ratings from Yelp, Facebook, and other websites—may often be pulled into the search engine results when someone searches your name.  If you do not actively maintain your Avvo profile, there is a possibility that you may have a rating that is not reflective of the quality of service that you offer.  There are attorneys with stellar reputations that do not have 10/10 Avvo scores simply because they never completed the profile.

Prospective clients will Google your name and there is a very high chance that they will see your Avvo rating.

How Are the Avvo.com Lawyer Ratings Calculated?

The company has stated that:

In other words, give the site as much information about your career as you can.  The more you give it, the more it has to rate you.  As outlined in the previous section, some people will jump to huge conclusions about you and your practice based on your Avvo rating, so take the time to fill it out.

SEOs believe that the following are all criteria that weigh in the algorithm:

SEO professionals have noticed that reviews and peer endorsements seem to impact Avvo’s rating more than publications and activity on the Avvo forum, but the company has yet to corroborate this anecdotal evidence.  It has only gone as far as to say that endorsements state ‘this is a strong lawyer in my community.’

The completion of the “cases won” section of the profile is likely to weigh in the algorithm. In addition to being a direct signal that the information included in the profile is complete, sharing a track record of successful resolutions will likely decrease the amount of users that “pogostick” (view your page and quickly leave to visit the next).  If Avvo’s algorithm is anything like those that power most search engines, it is tracking user engagement. If a large number of visitors quickly leave a profile page, the algorithm would likely demote it.

What are Avvo Contributor Points?

Avvo’s Contributor Points are a system by which lawyers can respond to questions in a “Quora-like” forum.

This is the information that the company shares about its point system:

Connecting with the Avvo community

Educating others through Avvo

Most of these bullet points describe activities that would be good to engage in even without a point system. By sharing your time and expertise, you create authority and a reputation in your industry. Forums like Avvo’s now allow that authority and reputation to potentially spread throughout the world.

Steps to Getting Started with Avvo 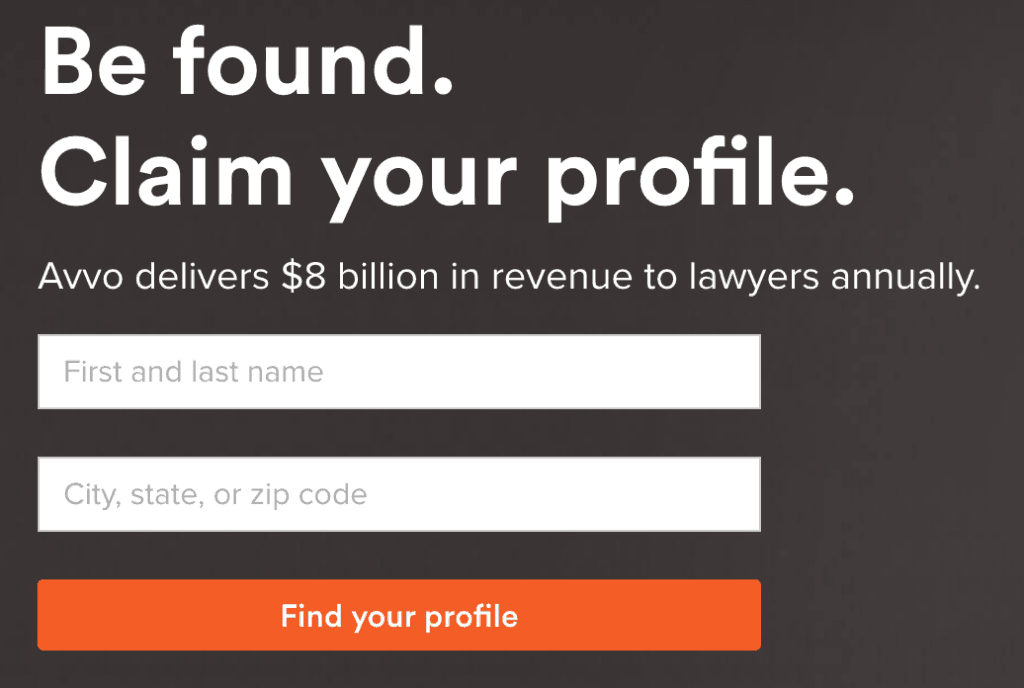 Find it your profile and claim it.

You will need to verify your identity by using LinkedIn, your email, Facebook, or phone number.

It does take a bit of time to fill out your profile.  Grab your laptop, put on some Netflix, and fill it out until it reaches 95%

You can only get it to 100% by adding an Avvo Rating Badge to your site, which won’t actually benefit you in any way, so don’t bother.

3. Fill out your areas of practice

This is a step that you don’t want to get wrong.

For some areas of practice, it is entirely possible that the Avvo directory is sitting at the top of the search results on Google.  This means that a prominent placement on Avvo will likely result in client inquiries.

4. Add all of your state bar licenses

The completeness of the data that you provide will be reflected in your score, so be sure to provide as much as you can.  At the same time, don’t share anything that you’d rather not share—if you were disciplined by the Nevada State Bar in 1992 and have been practicing in Minnesota ever since, don’t list your Nevada Bar license.

This is possibly the most important step.

In addition to the benefits of providing more information to the algorithm, people want to know about your background.

Would you hire an attorney without knowing where he or she has worked?  It’s also important to include accurate start and stop dates; some believe that it helps your rating. Others believe that it’s simply better at telling prospective clients your story.

While some argue that it is necessary to list awards and recognition in order to get a 10/10 Avvo rating, a brief look at the site shows that this is not the case.

On the other hand, having a number of awards and honorary memberships listed under your profile is likely to catch the attention of visitors, sending user signals to the algorithm that indicate that people are finding what they want when they get to your profile. This may be a case of it being beneficial to make your profile for people and not algorithms.

7. Add Cases to your Portfolio

Adding details about the sorts of cases that you’ve successfully handled is another way to increase positive user signals.  A long list of successful outcomes is likely to catch the attention of visitors.

Are you a Million Dollar Advocates club member?  List it.

Share as much information about yourself, the organizations you are affiliated with, or anything at all that reflects well on you.

If you’ve ever been published, it increases your “authority” in the eyes of potential clients (and the algorithm).  Be sure to keep it professional—as riveting as your Harry Potter fan fiction may be, it’s not going to help you paint the picture of professionalism.

10. List conferences or CLE events where you have spoken or taught

Demonstrating that you have spoken at some conferences will help your Avvo rating.  It’s also important that you include a link to the even; without it, you may not get the “Avvo points.”

SEO studies have shown that peer endorsements are a strong factor in Avvo’s rating system.  It is imperative that you request them from anyone that will give them.

The site will ask how you know each other.  It will give you the following options:

We’ve seen “worked together…” and “opposing counsel…” impact the Avvo Rating 3x more than the other options, so keep that in mind when answering this question.

What is NAP in SEO? Why Is It Important in Local SEO in Particular?

Yelp Advertising: Is it Worth The Cost or Not? 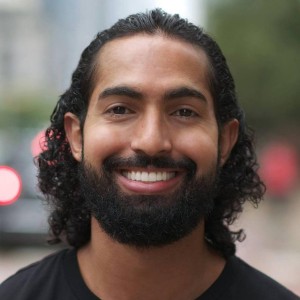